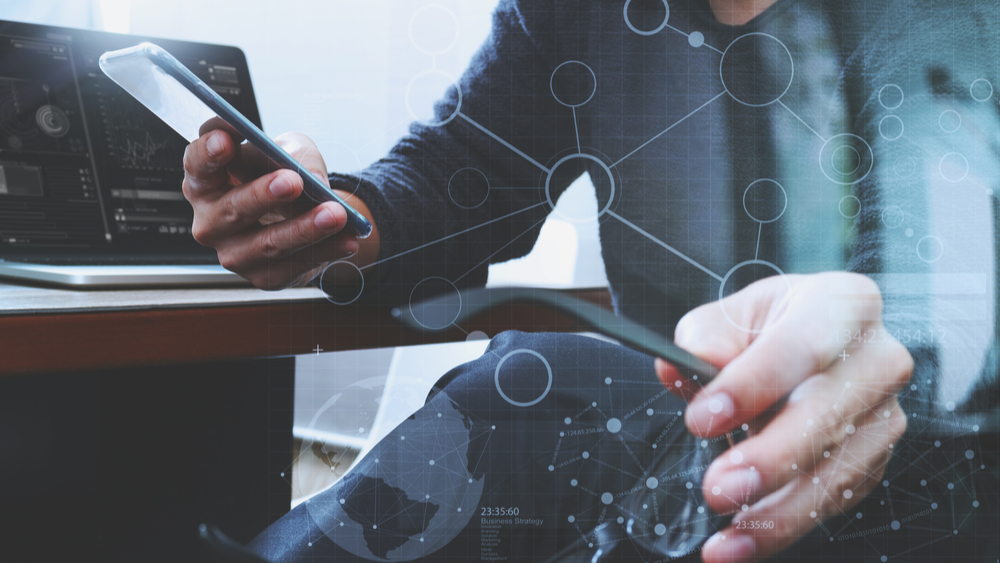 Identity isn't hard when you don't always use it. For example, here in the natural world we are anonymous—literally, nameless—in most of our public life, and this is a handy thing. Think about it: none of us walks down the street wearing a name badge, and it would be strange to do so. A feature of civilization is not needing to know everyone's name, or details about their lives, and to give others information about ourselves on a need-to-know basis.

To be anonymous, however, does not mean to lack distinction. In fact to be human is to be distinctive: designed by nature to look and sound different than other people, so we can tell each other apart. We also add to our distinctions through clothing, jewelry, haircuts, mannerisms and body art. Our souls are also profoundly original in ways that transcend our genetic portfolio. For example, television star Laverne Cox has an identical twin brother. So does transgender activist Nicole Maines. Being distinctive helps relieve us of the need to disclose our names all the time, because in most cases all we need is to be recognizable, or familiar, not identified by name. This too is a grace of civilization.

Our identities are also profoundly personal, and often complex. We start with the names given to us by our parents or our tribe. After that we add abbreviations and nickames, which have conditional uses and conventions. For example, my father was named Allen, but most people called him Al. He and my mother, who was named Eleanor and sometimes went by El, named me David Allen. Mostly they called me Dave. My son Peter's middle name is also Allen, and that's the name he mostly goes by, while family members call him Pete. When I worked in radio, somebody called my on-air persona "Doctor Dave." Then, after I started a business with a one of my listeners whose name was also David (and who didn't like being called Dave), he and our co-workers called me Doc to avoid confusion. As my social network expanded through our growing business, the nickname stuck, and I've been mostly called Doc ever since. (By the way, years after we went into business, I found out David's first name was Paul. David was his middle name. Nobody, even in his family, called him Paul.)

Everything I just described falls under the heading Devon Loffreto was the first to call self-sovereign identity: the kind fundamentally under the control of a single (or sovereign) individual. All the systems by which organizations give us identifiers he calls administrative.

From their start, administrative identity systems have had a hard time coping with the simple fact that identifiers are optional among human beings having human interactions in the natural world, that our default state within those interactions is to be anonymous yet distinctive—and that we especially value anonymity. Proof of how much we value anonymity is the exception to it we call celebrity. Ask any famous person about the cost of their fame and they'll tell you it's anonymity. The bargain is Faustian: while there are many benefits to celebrity, it is also a curse to be recognized by everyone everywhere, and known by name.

The world's administrative systems have little use for anonymity. After all, they require identifiers for people, so they can know who they are serving, arresting, or sending messages. Knowing people by name has many advantages for administrative systems, but also presents problems in the networked world for both those systems and human beings. Requiring "an ID" for every person puts operational and cognitive overhead on both sides. In the natural world, a boundless variety of business interactions only require that the business know who they encounter is human, trustworthy, and worth the time and effort.

In the networked world, however, we are still stuck with systems comprised of “identity providers” and “relying parties” that reduce individuals to mere “users” burdened with logins and passwords—or convenienced by the Faustian bargain of "federated" identities that let them login with Facebook, Linkedin or Twitter. In these systems, who we are as individuals is secondary to the needs of identity providers and relying parties and the transactions their systems perform, most of which eliminate anonymity. This is dehumanizing. Even the GDPR, which was created to cause respect for personal privacy, and to protect it, reduces us in compliance considerations to mere “data subjects”: a label that is barely less demeaning than “user” and “consumer.”

While these systems are digital, their legacy designs are industrial: top-down and one-to-many. They also grew into their current forms within the architecture of the client-server Web, rather than atop the peer-to-peer (aka end-to-end) Internet beneath the Web (and everything else). This made sense in the early days of dial-up and asymmetrical provisioning of bandwidth, but is a stale legacy in a time when everyone has ample bandwidth in both directions, most commonly on a mobile device that works as an extension of one's body and mind.

In today's networked world, we need approaches to identity that start with human agency, and are modeled on the way each of us operates in the natural world. We should be able to disclose and express our distinctions, choices, requirements and existing relationships with ease—and with anonymity as the defaulted social state until we decide otherwise.

This doesn't mean, by the way, that we should throw out the great work that has been done with administrative systems, especially those that have obeyed Kim Cameron's Seven Laws of Identity, which he first wrote in 2004. Here they are:

Today those laws apply to both self-sovereign and administrative identity, and remain an especially helpful guide if we change the first word in that list from “User” to “Personal.”
The time has come to humanize identity in the networked world by making it as personal as it has been all along in the natural one. We can also make progress a lot faster if veterans of administrative systems try to understand self-sovereign approaches from the perspective of how they, as naturally sovereign human beings, choose to be known.