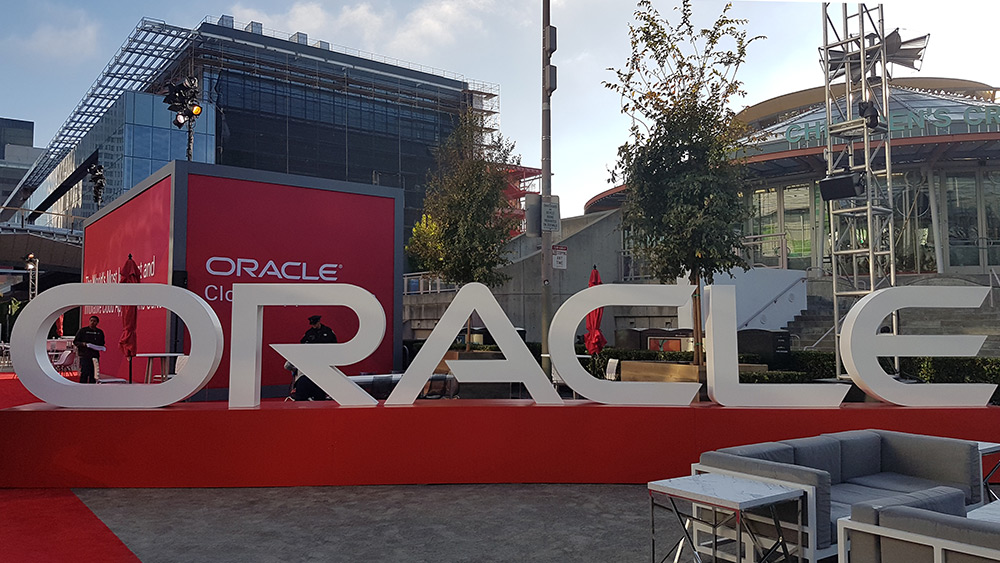 Recently I was in San Francisco again, attending the Oracle OpenWorld for the second time. Just like last year, I cannot but commend the organizers for making the event even bigger, more informative and more convenient to attend – by all means not a small feat when you consider the crowd of over 60000 attendees from  175 countries. By setting up a separate press and analyst workspace in an isolated corner of the convention center, the company gave us the opportunity to work more productively and to avoid the noisy exposition floor environment, thus effectively eliminating the last bit of critique I had for the event back in 2017.

Thematically, things have definitely improved as well, at least for me as an analyst focusing on cybersecurity. Surely, the Autonomous Database continued to dominate, but as opposed to the last year’s mostly theoretical talks about a future roadmap, this time visitors had ample opportunity to see the products (remember, there are two different editions already available: one optimized for data warehouses and another for transactional processing and mixed loads) in action, to talk directly to the technical staff and to learn about the next phase of Oracle’s roadmap for 2019, which includes dedicated Exadata Cloud infrastructure for the most demanding customers as well as Autonomous Database in the Cloud at Customer, which is the closest thing to running an autonomous database on premises.

Last but not least, we had a chance to talk to real customers sharing their success stories. I have to confess however that I had somewhat mixed feelings about those stories. On one hand, I can absolutely understand Oracle’s desire to showcase their most successful customer projects, where things “just worked” after migrating a database to the Oracle Cloud and there were no challenges whatsoever. But for us analysts (and even more so for our customers that are not necessarily already heavily invested into Oracle databases) stories like this sound a bit trivial. What about migrating from a different platform? What about struggles to overcome unexpected obstacles? We need more drama, Oracle!

Another major topic – this year’s big reveal – was however not about databases at all. During his keynote, Larry Ellison has announced Oracle’s Generation 2 Cloud, which is completely redesigned with the “security first” principle in mind. His traditionally dramatic presentation mentioned lasers and threat-fighting robots, but regardless of all that the idea of a “secure by design” cloud is a pretty big deal. The two big components of Oracle’s next-generation cloud infrastructure are “dedicated Cloud Control Computers” and “intelligent analytics”.

The former provide a completely separate control plane and security perimeter of the cloud infrastructure, ensuring that every customer’s resources are not only protected by an isolation barrier from external threats but also that other tenants’ rogue admins cannot somehow access and exploit them. At the same time, this isolation barrier prevents Oracle’s own engineers from ever having unauthorized access to customer data. In addition to that, machine learning is supposed to provide additional capabilities not just for finding and mitigating security threats but also to reduce administration costs by means of intelligent automation.

Combined with the brand-new bare-metal computing infrastructure and fast, low-latency RDMA network, this forms the foundation of Oracle’s new cloud, which the company promises to be not just faster than any competitor, but also substantially cheaper (yes, no Oracle keynote can dispense with poking fun at AWS).

However, the biggest and the most omnipresent topic of this year’s OpenWorld was undoubtedly the Artificial Intelligence. And although I really hate the term and the ways it has been used and abused in marketing, I cannot but appreciate Oracle’s strategy around it. In his second keynote, Larry Ellison has talked how machine learning and AI should not be seen as standalone tools, but as new business enablers, which will eventually find their way into every business application, enabling not just productivity improvements but completely new ways of doing business that were simply impossible before. In a business application, machine learning should not just assist you with getting better answers to your questions but offer you better questions as well (finding hidden correlations in business data, optimizing costs, fighting fraud and so on). Needless to say, if you want to use such intelligent business apps today, you’re expected to look no further than in the Oracle cloud :)