With DirX Identity, Siemens has been able to establish itself amongst the technically leading vendors in the area of enterprise provisioning. As part of the Atos Origin acquisition of Siemens IT Solutions and Services (SIS) on 1st July 2011, the entire DirX product portfolio has been passed to Atos Origin. Atos Origin was renamed “Atos” to coincide with the takeover of SIS. Atos is marketing the DirX products on a global scale.

The functionality of version 8.1, which has been available since 2009, and version 8.2, released in 2011, has been significantly enhanced compared to previous versions. The product is one of the more technically advanced solutions in the market.Atos DirX Identity 8.2 is a real alternative in the enterprise provisioning market that should be considered in evaluation processes, especially in environments with complex requirements.

Among its strengths is the SAP integration which has been implemented not only through specific connectors, but also by providing management interfaces. The very flexible and comprehensive role management, and the powerful workflows which also integrate external workflows and service desk systems, are also worthy of note. Moreover, many functions can be used via web services and can therefore be flexibly integrated in new and existing applications as well as other management tools.

The password management functions are sufficient. The auditing functionality has been significantly improved in the current version, and the scope of the integrated recertification functions has been considerably enhanced. The signed audit entries and functions for signed request and approval workflows should also be mentioned here. In addition to this, DirX Identity has introduced a model for supporting SoD (Separation/Segregation of Duties) with the respective auditing interfaces and also an interface to SAP BusinessObjects GRC Access Control. For the central consolidation and evaluation of identity-based audit entries from differing sources, the company also provides the DirX Audit product. 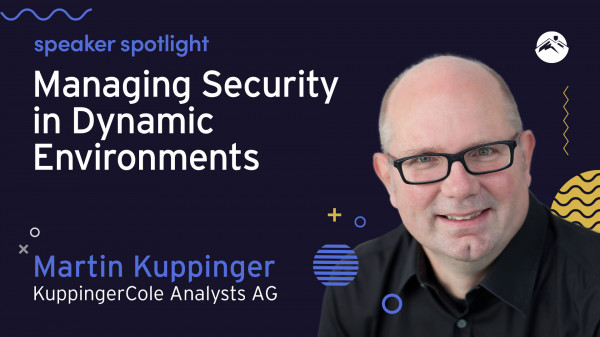 Martin Kuppinger, Principal Analyst at KuppingerCole, will give a presentation entitled Cloud Security 2025 – Perspective & Roadmap on Thursday, November 11 from 11:00 am to 11:20 am at Cybersecurity Leadership Summit 2021. To give you a sneak preview of what to expect, we asked Martin some questions about his presentation. Are today's identity and access solutions such as IGA and PAM able to serve the needs of today's complex multi-cloud, multi-hybrid IT environments? I think [...]

You can't use & secure what you don't know. Time to free identities from their siloes.