Völcker Informatik AG based in Berlin has established itself in recent years as a provider of technically innovative solutions and a vendor to be reckoned with in the field of Identity and Access Management (IAM). In the process, the company has become highly visible in the German-speaking market and has succeeded in creating a substantial customer base including many large and well-known corporations, particularly in the German-speaking market. With introduction of its new flagship product, ActiveEntry Version 4.1 for enterprise provisioning, Kuppinger Cole believes that the company will be able to continue to occupy a leading position in this market.

The product's strengths lie, among other things, in a very sophisticated model for the realization of automated processes and workflows, and in an outstanding approach for auditing and testing for contradictions among provisioning rules. Thus, SoD (segregation of duties) is also very well supported. Another strength of ActiveEntry lies in its integrated, self-consistent object model, which comprehensively and correctly identifies dependencies between different sets of data. Völcker has continued to invest in this area and has added new functions, which have further improved the product's flexibility.

ActiveEntry's standard self-service interfaces form a solid basis and can be adapted further without the need to write code. This is generally true for ActiveEntry 4.1 as a whole, which requires very little programming effort compared to other provisioning products.

Over the past two years, the company has considerably expanded the number of its technology and implementation partners. In addition, it has increased its visibility outside of German-speaking areas, although the majority of customers continue to hail from Central Europe. Thanks to the growing number of customers Völcker no longer can be considered a niche player, but instead enjoys a solid reputation as an established vendor in the IAM market space. A multitude of unique technical features makes it is definitely advisable to consider Völcker Informatik's ActiveEntry during the selection processes for an Enterprise Provisioning solution. 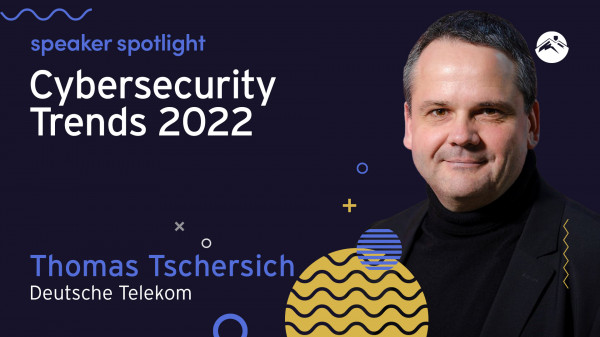 Thomas Tschersich, Chief Security Officer at Deutsche Telekom, served as an advisor in the preparation for the Cyber Council Panel on Cybersecurity Predictions 2022 which will see CISOs, CIOs, and CSOs discuss next year's cybersecurity threatscape on Wednesday, November 10 from 09:30 pm to 10:10 am at Cybersecurity Leadership Summit 2021. To give you a sneak preview of what to expect, we asked Thomas some questions about his predictions. Could you give us a sneak peek into the [...]

A different way to IGA: Leveraging the ServiceNow infrastructure