Within the last few months, I've read several news about slowdowns in the growth of the outsourcing business and particularly the MSS (Managed Security Services) business, at least compared to the high expectations raised in the years before. Does that mean that the cloud is dead before it really starts? I don't believe, for several reasons:

Two reasons why the Cloud (in my understanding of an approach for a flexible use of IT services with the ability to switch between and choose the best provider, internal or external - e.g. much more about service than about external things from the Internet) will be successful shortly explained: [caption id="attachment_228" align="aligncenter" width="1024" caption="Cloud Matrix"] 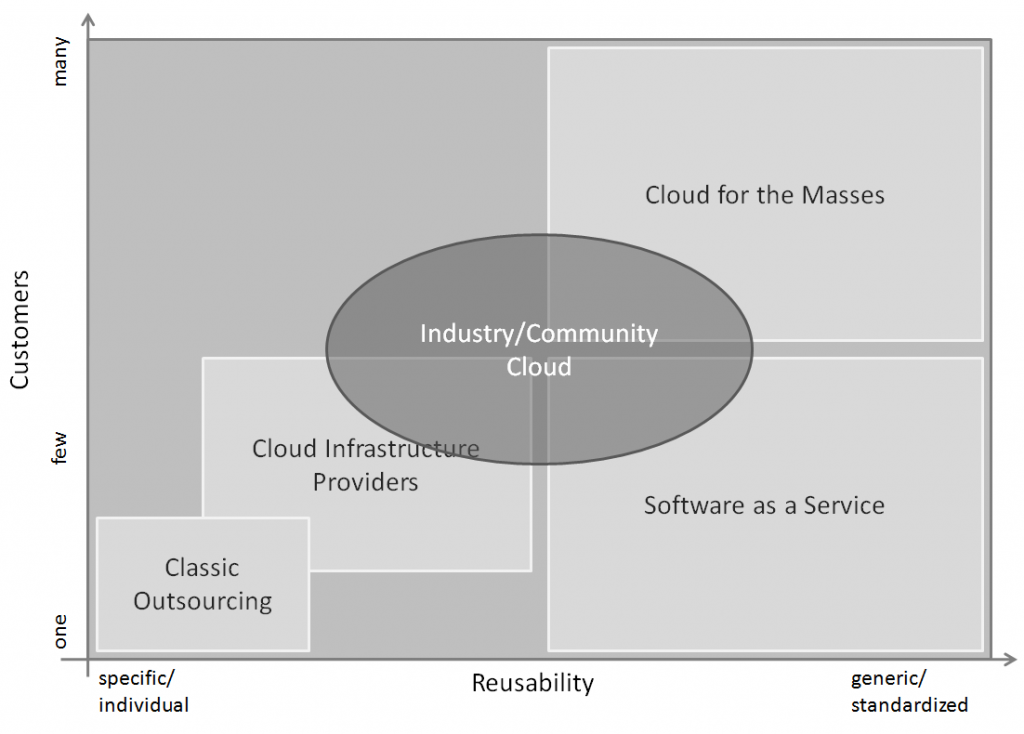 By the way: The biggest risk for the cloud is too much marketing. But that was the same with Client Server, the Internet, and many other things. None of them disappeared, but all big changes took years to become reality. The same is true for the cloud.